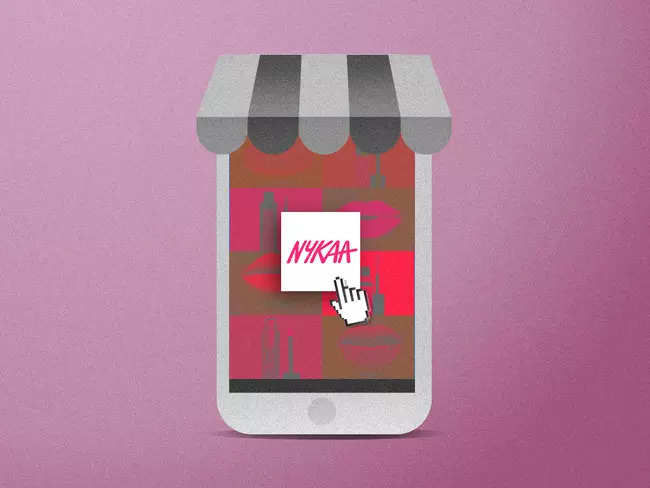 Mumbai: IPO-bound lifestyle retailer Nykaa received clearance from the Securities and Exchange Board of India (Sebi) on Thursday for an initial public offering, sources with knowledge of the development said. The company is likely to file an updated draft red herring prospectus with the market regulator Sebi on Thursday to increase the primary issue size from Rs 525 crore to Rs 630 crore, according to banking sources.The IPO will also include an offer for sale (OFS) in which existing shareholders will sell up to 431.1 lakh shares.The Sanjay Nayar Family Trust, a promoter, will sell 48 lakh shares and other investors that will dilute their stakes include TPG, Light House India Fund, JM Financials, Yogesh Agencies, Sunil Kant Munjal, Harindarpal Singh Banga, Narotam Sekhsaria, and Mala Gaonkar, according to the company’s draft IPO prospectus, which it had filed in August.
Founder Falguni Nayar and her family will continue to own a majority stake in the company even after the IPO. Currently, the Falguni Nayar Family Trust and Sanjay Nayar Family Trust hold 22.33% and 25.72% in the firm, respectively.The company has appointed investment banks such as Kotak Mahindra Capital, BofA Securities, ICICI Securities, Citibank, Morgan Stanley and JM Financial to manage its public issue.Nykaa is among the only few profitable etailers in India. It reported a net profit of Rs 61.96 crore in FY21 compared to a net loss of Rs 16.34 crore in FY20. Its revenues also grew 38% to Rs 2,453 crore in FY21.It said it would use Rs 130 crore to repay its debts and Rs 200 crore to market its brands.
Posted by AAAAA Group Consultants at 05:04