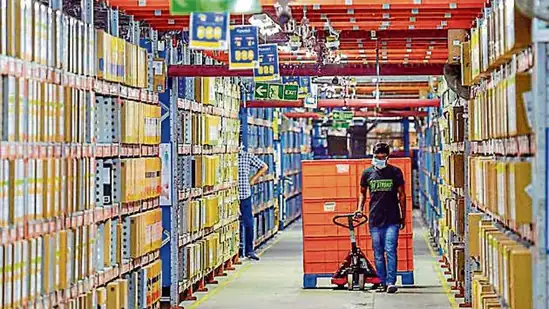 Ecommerce companies such as Flipkart, Amazon India and Snapdeal, which started their annual flagship sales during the weekend, reported increased demand from smaller towns and cities this year.

Both Amazon and Flipkart began early access to the sale event for Amazon Prime and Flipkart Plus members at midnight Friday.

During early access, Flipkart said it saw close to 45% of customer demand coming from tier-3 cities and beyond. Amazon India, on the other hand, reported a 21% increase in the number of sellers receiving an order from customers in tier-2 and 3 cities.

Myntra and Snapdeal, which also kick-started their festive sales on Sunday, saw a sizeable chunk of sales coming from tier-2 and 3 cities. For Myntra, 40% of the orders on the first day came from small towns and cities, it said.

In a bid to reach discount shoppers first, both Amazon India and Flipkart advanced their sale dates from October 4 and October 7, respectively, to October 3.

“This year, The Big Billion Days sale has started off seeing upbeat participation by customers and sellers. E-commerce is clearly gaining increasing acceptance among the masses, and it is evident that user-friendly tech and financial constructs are helping to drive its adoption,” said Nandita Sinha, vice-president - customer and growth, Flipkart. “We will continue to do what we do best—offer products that deliver the best value and introduce features and solutions that make our platform more accessible and affordable,” she added.

According to Flipkart, smartphones and electronics continued to dominate shoppers’ baskets this year as well.

During the first day of the sale, Flipkart claimed that one in five customers chose to upgrade their smartphone, with televisions and laptops recording top sales in the home appliances and electronics category.

It added that it saw sellers from 124 new cities transact in this year’s The Big Billion Days sale, compared to last.

“Amazon Great Indian Festival 2021, our month-long festive celebrations, has gotten off to a strong start. During Prime Early Access on 2 October, the number of local shops participating in the event more than doubled compared to last year. We also saw 16% more sellers receiving orders over last year. Early data for Day 1 indicates a strong start across categories for the festive season, and we are excited by the momentum,” said Manish Tiwary, vice-president at Amazon India.

Posted by AAAAA Group Consultants at 07:01