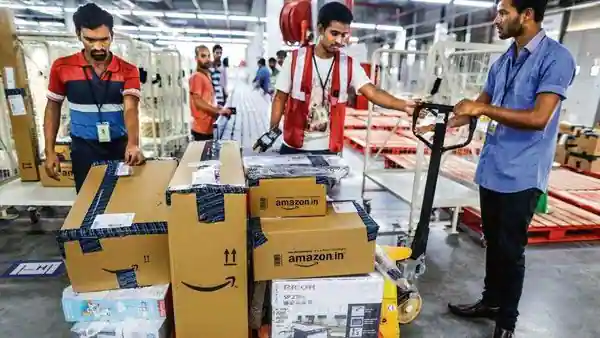 E-commerce platforms such as Flipkart and Amazon India got $2.7 billion in the first four days of festive sales that began on 2 October, including early access for premium members, according to estimates from management consultancy RedSeer Consulting.

The strong initial performance is expected to help online retail cross $4.8 billion of gross merchandise value (GMV) during the first week of the festive sales that ended on Sunday. The data also includes social commerce and grocery platforms, RedSeer said.

Last year, the first four days of the festive week contributed 63% of overall festive week sales, compared with this year’s 57% of projected sales.

“With festive sales lasting longer than last year (9 days compared with 7 days), we are observing the customer demand being more spread out across the period than being concentrated in the first half of the festive week. To that tune, we have observed sales of $2.7 billion across e-commerce platforms and we expect a further $2.1 billion over the remaining five days (end of festive week)," said Ujjwal Chaudhry, associate partner at RedSeer.

Smartphones were the highest-selling product this festive season, too, contributing almost 50% of overall e-commerce GMV in the early days of the sale, RedSeer said.

“This year’s Big Billion Days has been steeped in the spirit of revival and growth, as we saw a resurgence in consumption and a marked shift towards online shopping. We have continued to provide our consumers the best and most relevant offerings, made available through a large network of sellers and a range of affordability constructs, making their shopping experience easy and seamless," said Nandita Sinha, vice president, customer and growth, Flipkart.

Flipkart also saw 55% new sellers during its Big Billion Days sale, with almost 10% of overall sellers on its platform witnessing three-fold growth in sales this year.

Snapdeal, which ran its Toofani Sale from 3 October to 10 October, saw a 98% increase in overall sale volumes this year. About 60% of total orders on its platform came from Tier-III cities, it said. The value of sales from Tier-III cities also increased 74% from last year, Snapdeal said.

“With many more sellers from across India now participating in online sales, buyers now have access to a wider range of products," said a Snapdeal spokesperson.

For Flipkart-owned Myntra, 45% of orders came from tier-II and -III towns, with beauty, personal care, and accessories being high-growth categories on its platform.

Amazon India did not respond to Mint’s queries until press time.

RedSeer had said earlier that the e-commerce platforms will clock more than $9 billion GMV during the festive season, a 23% growth from last year.  Horizontal platforms have rapidly scaled up warehousing capabilities to ensure prompt delivery. As such, delivery time is expected to reduce by roughly five hours this year, compared with 2020.

Posted by AAAAA Group Consultants at 06:23