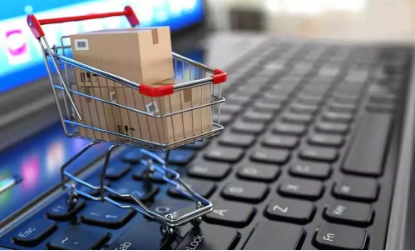 The ecommerce war is all set to intensify during this festive season. First signs of the competition are already visible. Walmart-owned Flipkart last Saturday advanced its flagship Big Billon Days festive season sale to October 3 from October 7 announced earlier. Interestingly, Amazon, which has announced to hold its month-long festive from October 4, also advanced its sale to begin from October 3. Both ecommerce giants holding their flagship annual sales events on the same date speak volume about the level of competition between the two players. These flagship Diwali sales events are of utmost importance to the two e-tailers companies. Usually, these ecommerce giants achieve a sizeable portion of their annual Gross Merchandise Value (GMV) during these sales. Gross GMV refers to the total value of goods sold on an ecommerce platform prior to subtracting cancellation or return. According to the consulting firm RedSeer, ecommerce platforms like Amazon, Flipkart and others are expected to potentially clock over $9 billion GMV during the festive season this year as against $7.4 billion last year - a growth of 23 per cent. This rise in GMV is expected by the consulting firm as this year Big Days sales are coming after a devastating second wave of pandemic. With the rise in vaccination, the Indian economy is slowly coming back to normalcy. As spending power rises, e-tailers hope to cash in the pent-up demand among consumers during this year's annual festive sales event. Therefore, there is an intense competition among ecommerce players to take maximum mileage from this scenario. Moreover, the urgency to hold these sales events earlier is also understandable. As India opens up, consumers will have the options to buy products through offline route. Therefore, e-tailers want to hold the events early before offline retailers open up fully. Additionally, Flipkart and Amazon are competing aggressively to garner more market share in India. And these sales events give enough scope to gain market share. So, both companies holding their annual sales events on the same day is an indication to emerge as the market leader in the Indian ecommerce space. The Indian ecommerce landscape is also rapidly evolving. Major players like Reliance and Tata are making big moves to have their share of pie in this space. Tata's acquisition of BigBasket and its initiative to build a super app; Reliance's acquisition of Urban Ladder are signs that the big corporate houses want an aggressive play in the Indian ecommerce space. Recent successful listing of new age internet startups with dozens readying to go public indicate that large corporates are sensing the investors' mood and pump in billions in coming years. The current pandemic has accelerated the adoption of digital platforms across India. Even people in the hinterland are coming to the ecommerce fold and opting to buy products from these platforms. Given the penetration of the ecommerce sector, it has much more steam left in coming years. And at this point of time, from Amazon, Flipkart to BigBasket and JioMart, each player is aggressively pushing their limits to emerge as a dominant player.

Posted by AAAAA Group Consultants at 01:49