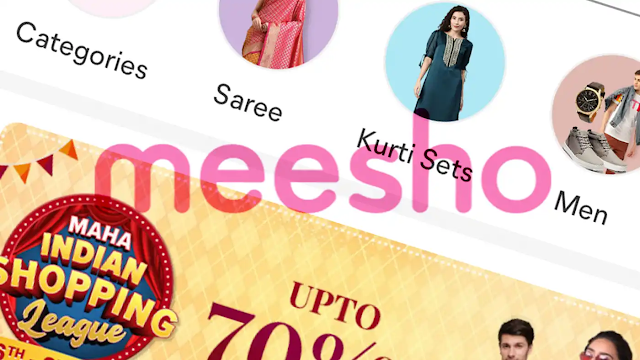 Indian e-commerce startup Meesho on Thursday said it raised $570 million from a group of investors in a funding round that valued the company at $4.9 billion.

It comes less than six months after its previous funding round, when it raised $300 million at a $2.1 billion valuation. The significant rise in its valuation highlights the growing interest in India's tech sector as regulatory uncertainty dents investor appetite in China.

"For the next one year, our focus is going to be only on scaling the business," founder and CEO Vidit Aatrey said in an interview. "After that, we'll figure out what's the right timeline for going public."

Meesho was founded in 2015 as an online marketplace offering clothes mainly to female resellers, who earn commissions by recommending the products to others through social platforms like WhatsApp. It has since added more product categories, including fitness products and pet food, and now sells directly to consumers. Meesho generates revenue from facilitating delivery and payment, and by selling advertisements for merchants that want to display their products prominently on the app.

Aatrey said over 17 million users transacted on the platform in September, triple the figure in March. It is aiming to reach 100 million by December 2022.

Its strategy of offering a wide array of products will put Meesho in closer competition with e-commerce companies such as Amazon and Flipkart. Aatrey said it will differentiate itself by focusing on providing affordable products for consumers in second-tier cities that have a population of five million or less.

The company plans to add language localization, and invest heavily in artificial intelligence to personalize offerings. Overall, it plans to increase employees related to technology and product by 2.5 times from its current 400 employees.

Another area of focus will be expanding the number of products offered on Meesho from 15 million to 50 million. Aatrey said it plans to increase the number of cities that offer groceries from 25 cities to 200 cities in the next 18 months.

With heavy investments in marketing, Meesho is still loss-making but Aatrey said its "unit economics are highly positive" partly thanks to its advertising business. The company also plans to add more revenue streams by offering services to sellers, such as working capital and account management.

Indian startups have been raising capital at a record pace amid strong investor appetite. Funding hit a record $6.1 billion in the second quarter, according to CB Insights. In India, 28 unicorns -- privately held companies with a valuation of $1 billion or more -- were minted this year, according to the National Association of Software and Service Companies, an industry group.

"Meesho's business model has an incredibly compelling value proposition with entrepreneurs, end customers, and suppliers consolidating on one platform," Kabir Narang, founding general partner at B Capital Group, said in a news release.

Posted by AAAAA Group Consultants at 06:11