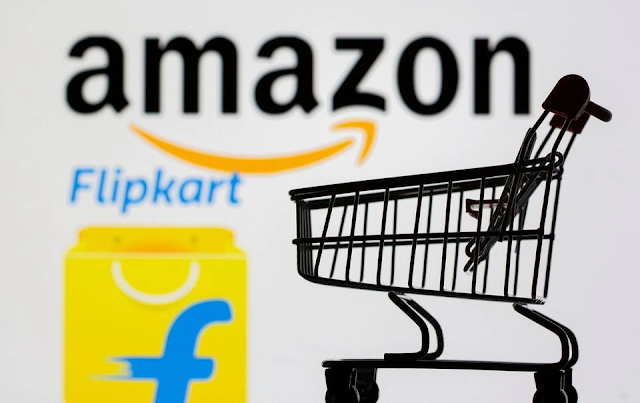 India's plan to tighten rules on its fast-growing e-commerce market has run into internal government dissent, memos reviewed by Reuters show, with the Ministry of Finance describing some proposals as "excessive" and "without economic rationale".

The memos offer a rare glimpse of high-stakes policy-making governing a market already featuring global retail heavyweights from Amazon (AMZN.O) to Walmart (WMT.N), plus domestic players like Reliance Industries (RELI.NS) and Tata Group. The sector is forecast by Grant Thornton to be worth $188 billion by 2025.

It's not clear how the objections from the finance ministry - a dozen in total - will ultimately be reflected in the proposed rule changes, first floated in June. But watchers of the influential government arm say its complaints won't fall on deaf ears in the upper echelons of Prime Minister Narendra Modi's administration.

"The ministry of finance raising such concerns would likely spur a rethink of the policy," said Suhaan Mukerji, managing partner at India's PLR Chambers, a law firm that specialises in public policy issues.

India in June shocked the e-commerce world with proposals from its consumer affairs ministry that sought to limit 'flash sales', rein in a push to promote private-label brands and raise scrutiny of relationships between online marketplace operators and their vendors. There is not yet a formal implementation timeline for the new rules.

Though the rules were announced after complaints from brick-and-mortar retailers about alleged unfair practices of foreign companies, they also drew protest from Tata Group, with more than $100 billion in revenue, which is planning an e-commerce expansion.

But the finance ministry, the ministry of corporate affairs and the federal think-tank NITI Aayog - an active player in policy-making - have all raised objections in memos reviewed by Reuters, saying the proposals go far beyond their stated aim of protecting consumers and also lack regulatory clarity.

An Aug. 31 memo from the Finance Ministry's Department of Economic Affairs said the rules appeared "excessive" and would hit a sector that could boost job creation as well as tax revenue.

"The proposed amendments are likely to have significant implications/restrictions on a sunrise sector and 'ease of doing business'," said the three-page memo. "Care needs to be taken to ensure that the proposed measures remain 'light-touch regulations'."

The finance ministry did not respond to Reuters' requests for comment.

A spokesman for India's consumer affairs ministry said in a statement that "internal discussions among various stakeholders including government agencies is (a) sign of mature and healthy decision making process in a democracy."

Voicing its own objections on July 6, NITI Aayog's vice chairman, Rajiv Kumar, wrote to Piyush Goyal, who is minister for commerce as well as consumer affairs minister, saying the rules could hit small businesses.

"Moreover, they send the message of unpredictability and inconsistency in our policy-making," Kumar wrote in the letter, a copy of which was reviewed by Reuters.

Minister Goyal and NITI Aayog's Kumar did not respond to Reuters requests for comment.

The arguments put forth by the finance ministry and NITI Aayog are in line with concerns raised by sector operators, and even the U.S. government. They say New Delhi has in recent years changed e-commerce policies too often and taken a hard-line regulatory approach that especially hurts American players.

The consumer affairs ministry has said the new rules were aimed to "further strengthen the regulatory framework" and were issued after complaints of "widespread cheating and unfair trade practices being observed in the e-commerce ecosystem."

Its statement said a large number of state governments, industry bodies, e-commerce companies and others have supported the regulations and the ministry wants to have the best workable rules for consumers and business.

But the proposals have met with resistance in more than one ministry.

In a July 22 memo, the corporate affairs ministry objected to one proposed clause to be enshrined in new rules that says e-commerce firms should not abuse their dominant position in India. The ministry said the provision was "unnecessary and superfluous", and that the subject was best handled by India's antitrust watchdog.

"It is undesirable to introduce a mini-competition law regime in the consumer" rules, said the memo. The corporate affairs ministry did not respond to Reuters requests for comment.

The finance ministry has taken a much harder stance on the proposals and raised a total of 12 objections.

Among them, it said, a proposal that makes online shopping websites liable for its sellers' mistakes would be a "huge dampener" and could force companies "to revisit their basic business models".

It also lodged a protest against the banning of flash sales, which see deep discounts on offer on websites like Amazon and are popular during festive seasons.

"This is a normal trade practice. The proposed restriction ... seems without economic rationale," the ministry wrote.

Posted by AAAAA Group Consultants at 06:13