Draft e-Commerce Rules 2021: Why aren't all ministries on the same page? 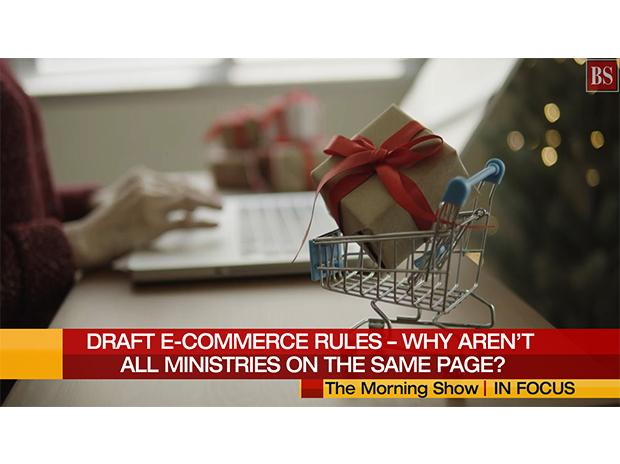 A top government official recently told a news agency that there was a significant difference of opinion within the government regarding the draft e-commerce rules proposed by the consumer affairs ministry.

The finance ministry, in particular, has raised strong objections.

But, this isn't just about a difference of opinion between different arms of the government.

Instead, it is in line with the trend of sharp disagreements between government departments on the one hand and Sangh Parivar-affiliated organisations on the other.

But first, let us understand some of the contentious points in the draft e-commerce rules, and what the finance and other ministries have to say about the policy?

E-commerce companies have raised concerns over a clause that says they will have to ensure none of their associated enterprises is listed as a seller. For example, Tata won't be able to sell Starbucks products on its upcoming Super App. Starbucks operates in India through a 50:50 joint venture with Tata Consumer Products.

Also, under the fallback liability clause, e-commerce firms will be held liable in case a seller on their platform fails to deliver goods or services due to any negligent conduct that causes loss to the customer.

Industry fears a change in the e-commerce business model, should the draft rules be implemented. Small businesses fear there might be an increase in compliance burden. Also, the rules ban e-commerce flash sales, there is no clarity on what constitutes flash sales.

The finance ministry, the ministry of corporate affairs, and NITI Aayog have all raised objections.

NITI Aayog Vice-Chairman Rajiv Kumar has said that the proposed rules send the message of unpredictability in policy-making. And the finance ministry has called the rules "excessive", adding that these would hit a sector that could boost job creation and tax revenue, and also hamper 'ease of doing business'.

The Ministry of Corporate Affairs opposes the clause that says e-commerce firms should not abuse their dominant position in India. Calling the provision "unnecessary and superfluous", it has said it is undesirable to introduce a mini-competition law regime in the rules.

According to Business Standard's Nivedita Mookerji:-

However, the Confederation of All India Traders or CAIT has firmly backed the new Rules.

Previously, it had criticised the Niti Aayog for "interfering" in the e-commerce rules proposed by the consumer affairs ministry.

CAIT had also alleged that since its inception, Niti Aayog had done "absolutely nothing" to support the 80 million traders of India.

In a statement to Business Standard, CAIT national general-secretary Praveen Khandelwal also aimed fire at the finance and other ministries for opposing the draft rules.

"Today, Niti Aayog is pointing fingers at the e-commerce rules but it did not utter a single word when the laws were being violated by these big e-commerce goons. Was it not the duty of NITI Aayog to ask them to follow the rules strictly? The same is the case with other ministries and departments. Today, they are poking their nose. Why did they keep quiet when these companies were continuously flouting the rules," Khandelwal said.

Khandelwal is, of course, referring to the very serious allegations against Amazon and Flipkart of giving preferential treatment to a few seller entities in which they indirectly held stakes.

Importantly, this is not the first time that we've seen such disagreements between the government and other bodies or associations that are not involved in policy making but share the ruling party's ideology.

Well, the disagreement may seem unpleasant right now. But who's to say it's wrong or unhealthy. If the concerns of all ministries can be addressed and stakeholders' suggestions be incorporated, we'll obviously have a better policy.

Earlier this month, reports suggested that because of the pushback, the government was taking a second look at the draft rules.

However, in a recent public statement, the Piyush Goyal-led consumer affairs ministry, which has drafted the rules, appeared to be holding its ground on the draft rules.

Posted by AAAAA Group Consultants at 05:42