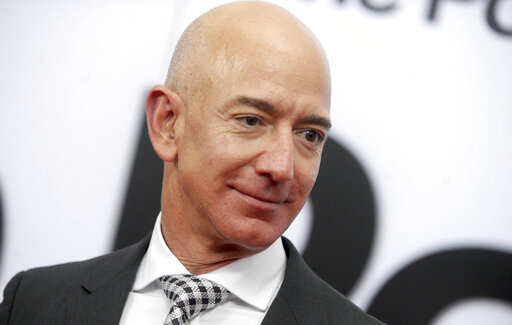 Amazon has faced flak for gruelling standards it set for its employees from time to time and the first job listing now doing the rounds on social media has revealed that the founder of the company, Jeff Bezos, always sought only the best.When the job listing was posted to a public message board on August 22, 1994, Amazon was known as Cadabra. The opening was for software developers."Well-capitalised start-up seeks extremely talented C/C++/Unix developers to help pioneer commerce on the internet," the message reads.What attracted the attention of social media users was that Bezos was seeking people who could build and design large complex systems "in about one-third the time that most competent people think possible.""You should have a BS, MS, or PhD in Computer Science or the equivalent. Top-notch communication skills are essential. Familiarity with web servers and HTML would be helpful but is not necessary," the message notes.The ad also mentioned that compensation for the selected developers would include meaningful equity ownership.While some Twitter users found the listing "awesome" because of the meaningful equity ownership that was offered, others found the ad by Bezos "disgusting"."I would never apply for such a job opening. It's disgusting," Twitter user Pietro Grandi said. "This is awesome! Of course some won't like the 'able to do so in 1/3 the time most competent people' part", said Twitter user Monica Bowie.Tech portal CNET reported in May that Amazon faced at least seven lawsuits filed by pregnant warehouse workers who were fired over the last eight years.The women who had worked at the retail giants warehouses claimed they were discriminated against because of their pregnancy.The Seattle-based retail giant which employs over 600,000 people faced criticism for poor treatment of employees earlier too.The company, however, made efforts in the past one year to highlight the benefits it offers warehouse employees.In November last year, it raised its starting pay to $15 an hour and said it would start advocating for a higher federal minimum wage in the US, which is $7.25, the report said.
Posted by AAAAA Group Consultants at 00:24